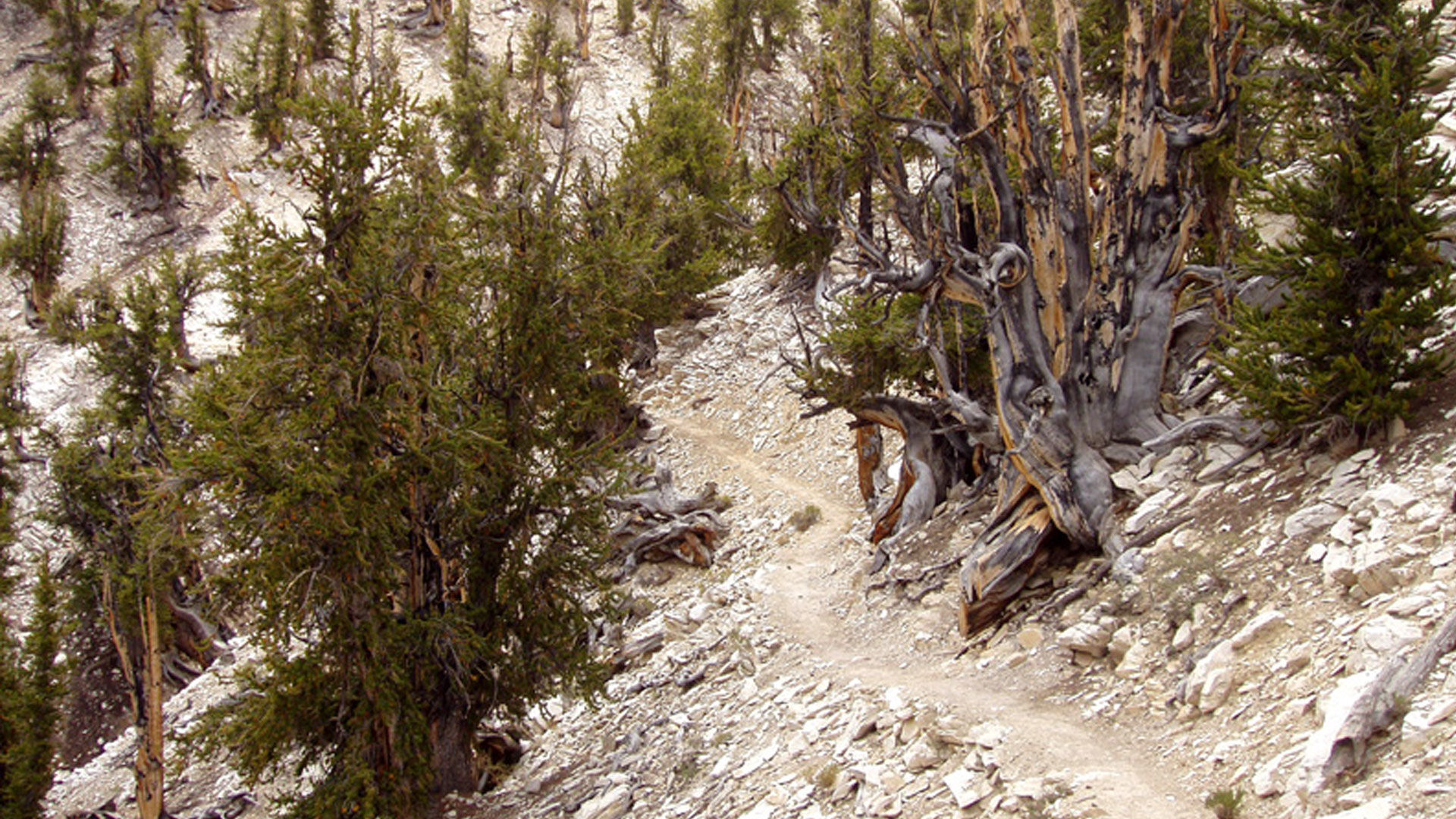 The oldest trees in the world are determined by growth rings, which can be seen if the tree is cut down, or in cores taken from the bark to the center of the tree. Accurate determination is only possible for trees that produce growth rings, generally those in seasonal climates. Trees in uniform non-seasonal tropical climates grow continuously and do not have distinct growth rings. It is also only possible for trees that are solid to the center. Many very old trees become hollow as the dead heartwood decays. For some of these species, age estimates have been made on the basis of extrapolating current growth rates, but the results are usually largely speculation. White (1998) proposes a method of estimating the age of large and veteran trees in the United Kingdom through the correlation of a tree’s age with its diameter and growth character.

The verified oldest measured ages are:

Other species suspected of reaching exceptional age include European Yew (Taxus baccata) (probably over 2,000 years), Sugi (Cryptomeria japonica) (3,000 years or more), and Western Redcedar (Thuja plicata). The oldest known European Yew may be the Llangernyw Yew in the Churchyard of Llangernyw village in North Wales, or the Fortingall Yew in Perthshire, Scotland. These yews may be from 1,500 to 3,000 years old.

The olive tree also can live for centuries. The oldest verified age is 900 years at Gethsemane (Mount of Olives, as mentioned in the Bible), while several other olive trees are suspected of being 2,000 to 3,000 years old.

The pond cypress, Taxodium ascendens, has been known to live more than 1,000 years. One specimen in particular, named “The Senator”, was estimated to be more than 3,400 years old at the time of its demise in early 2012.