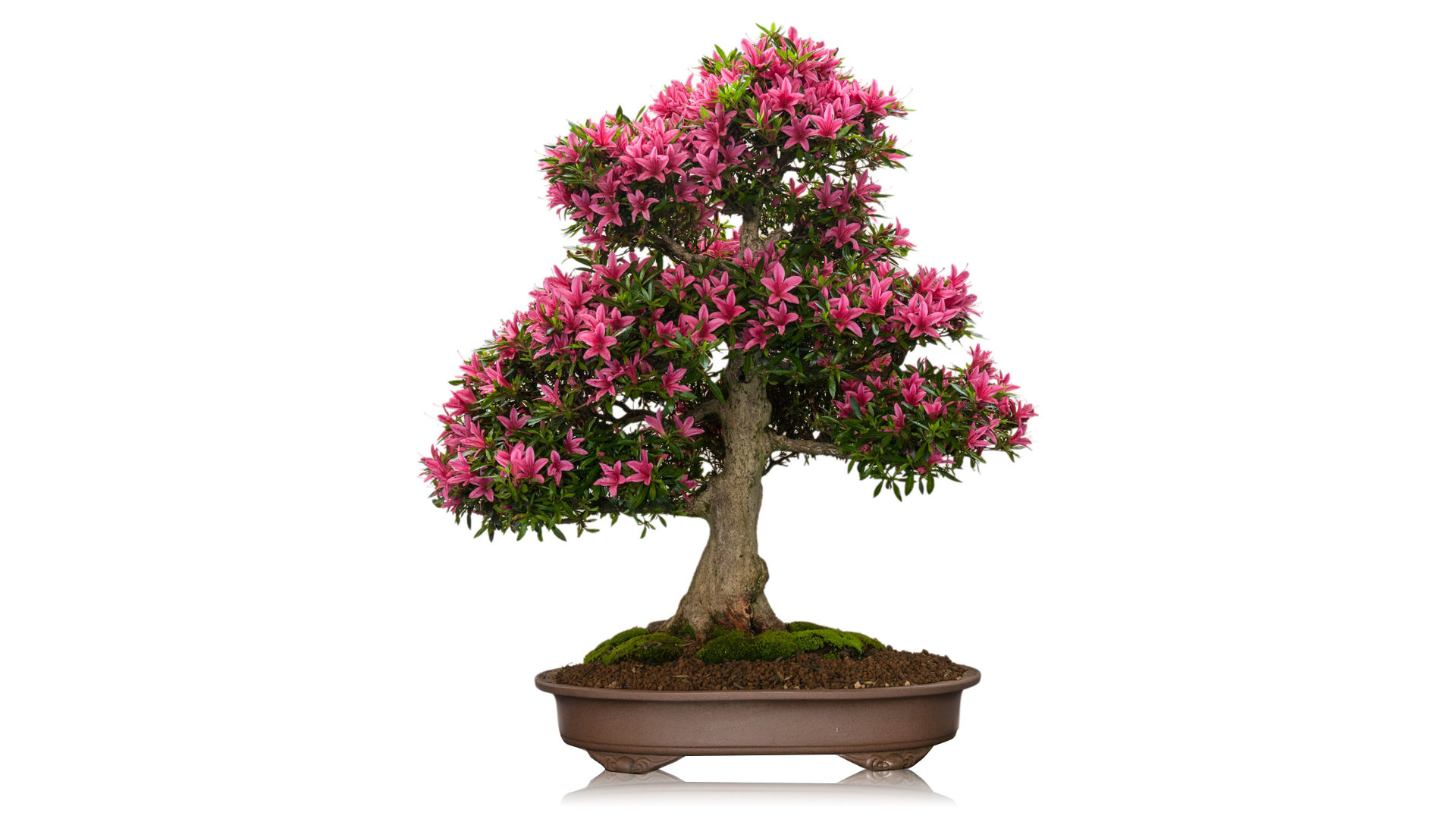 A bonsai display presents one or more bonsai specimens in a way that allows a viewer to see all the important features of the bonsai from the most advantageous position. That position emphasizes the bonsai’s defined “front”, which is designed into all bonsai. It places the bonsai at a height that allows the viewer to imagine the bonsai as a full-size tree seen from a distance, siting the bonsai neither so low that the viewer appears to be hovering in the sky above it nor so high that the viewer appears to be looking up at the tree from beneath the ground. Noted bonsai writer Peter Adams recommends that bonsai be shown as if “in an art gallery: at the right height; in isolation; against a plain background, devoid of all redundancies such as labels and vulgar little accessories.”

For outdoor displays, there are few aesthetic rules. Many outdoor displays are semi-permanent, with the bonsai trees in place for weeks or months at a time. To avoid damaging the trees, therefore, an outdoor display must not impede the amount of sunlight needed for the trees on display, must support watering, and may also have to block excessive wind or precipitation. As a result of these practical constraints, outdoor displays are often rustic in style, with simple wood or stone components. A common design is the bench, sometimes with sections at different heights to suit different sizes of bonsai, along which bonsai are placed in a line. Where space allows, outdoor bonsai specimens are spaced far enough apart that the viewer can concentrate on one at a time. When the trees are too close to each other, aesthetic discord between adjacent trees of different sizes or styles can confuse the viewer, a problem addressed by exhibition displays.

Exhibition displays allow many bonsai to be displayed in a temporary exhibition format, typically indoors, as would be seen in a bonsai design competition. To allow many trees to be located close together, exhibition displays often use a sequence of small alcoves, each containing one pot and its bonsai contents. The walls or dividers between the alcoves make it easier to view only one bonsai at a time. The back of the alcove is a neutral color and pattern to avoid distracting the viewer’s eye. The bonsai pot is almost always placed on a formal stand, of a size and design selected to complement the bonsai and its pot.

Indoors, a formal bonsai display is arranged to represent a landscape, and traditionally consists of the featured bonsai tree in an appropriate pot atop a wooden stand, along with a shitakusa (companion plant) representing the foreground, and a hanging scroll representing the background. These three elements are chosen to complement each other and evoke a particular season, and are composed asymmetrically to mimic nature. When displayed inside a traditional Japanese home, a formal bonsai display will often be placed within the home’s tokonoma or formal display alcove. An indoor display is usually very temporary, lasting a day or two, as most bonsai are intolerant of indoor conditions and lose vigor rapidly within the house.