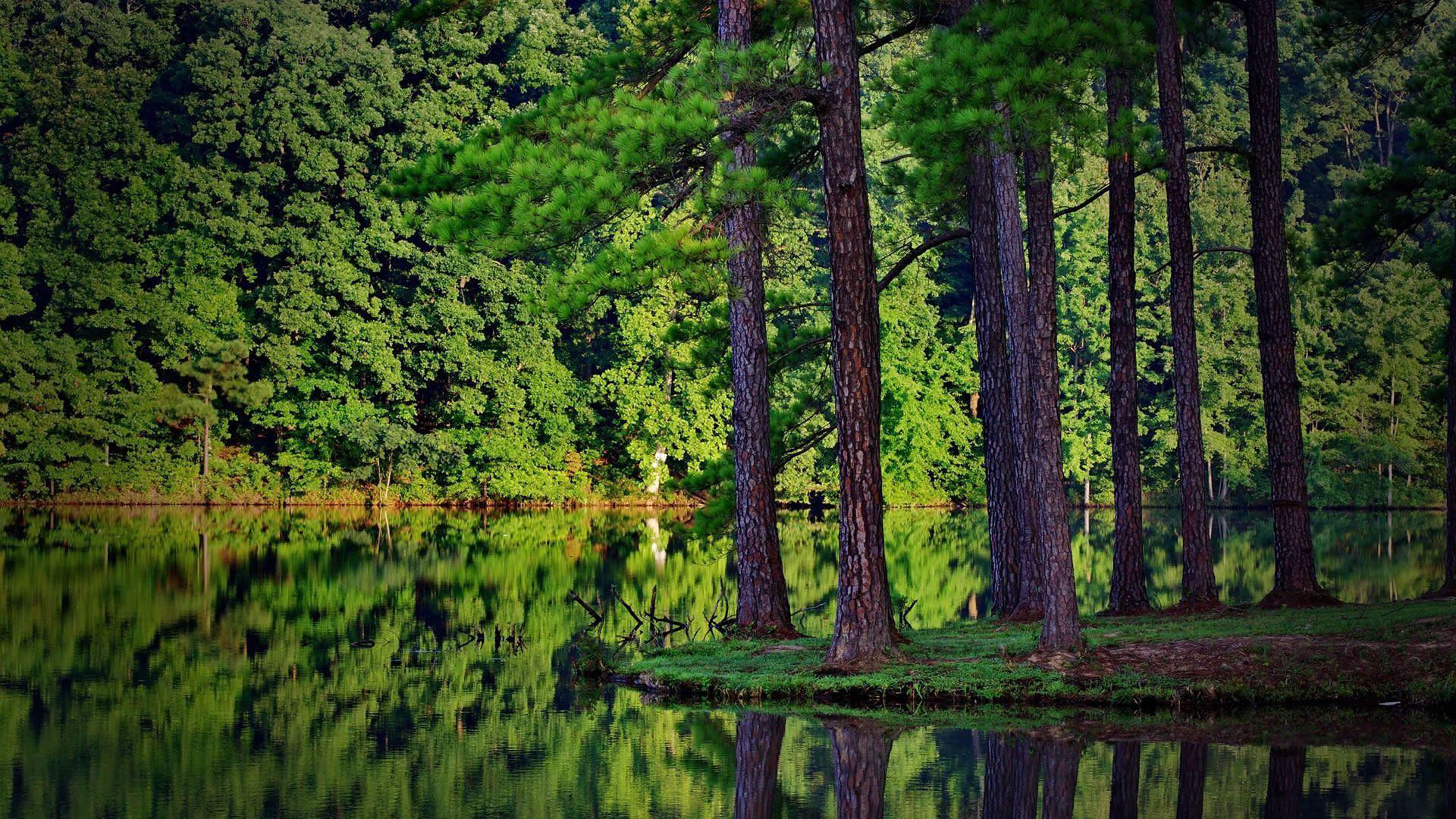 The word forest comes from Middle English, from Old French forest (also forès) “forest, vast expanse covered by trees”; first introduced in English as the word for wild land set aside for hunting without the necessity in definition for the existence of trees. Possibly a borrowing (probably via Frankish or Old High German) of the Medieval Latin word foresta “open wood”, foresta was first used by Carolingian scribes in the Capitularies of Charlemagne to refer specifically to the king’s royal hunting grounds. The term was not endemic to Romance languages (e.g. native words for “forest” in the Romance languages evolved out of the Latin word silva “forest, wood” (English sylvan); cf. Italian, Spanish, Portuguese selva; Romanian silvă; Old French selve); and cognates in Romance languages, such as Italian foresta, Spanish and Portuguese floresta, etc. are all ultimately borrowings of the French word.

Uses of the word “forest” in English to denote any uninhabited area of non-enclosure are now considered archaic. The word was introduced by the Norman rulers of England as a legal term (appearing in Latin texts like the Magna Carta) denoting an uncultivated area legally set aside for hunting by feudal nobility.

These hunting forests were not necessarily wooded much, if at all. However, as hunting forests did often include considerable areas of woodland, the word “forest” eventually came to mean wooded land more generally. By the start of the 14th century, the word appeared in English texts, indicating all three senses: the most common one, the legal term and the archaic usage. Other terms used to mean “an area with a high density of trees” are wood, woodland, wold, weald, holt, frith and firth. Unlike forest, these are all derived from Old English and were not borrowed from another language. Some classifications now reserve the term woodland for an area with more open space between trees and distinguish among woodlands, open forests, and closed forests based on crown cover.