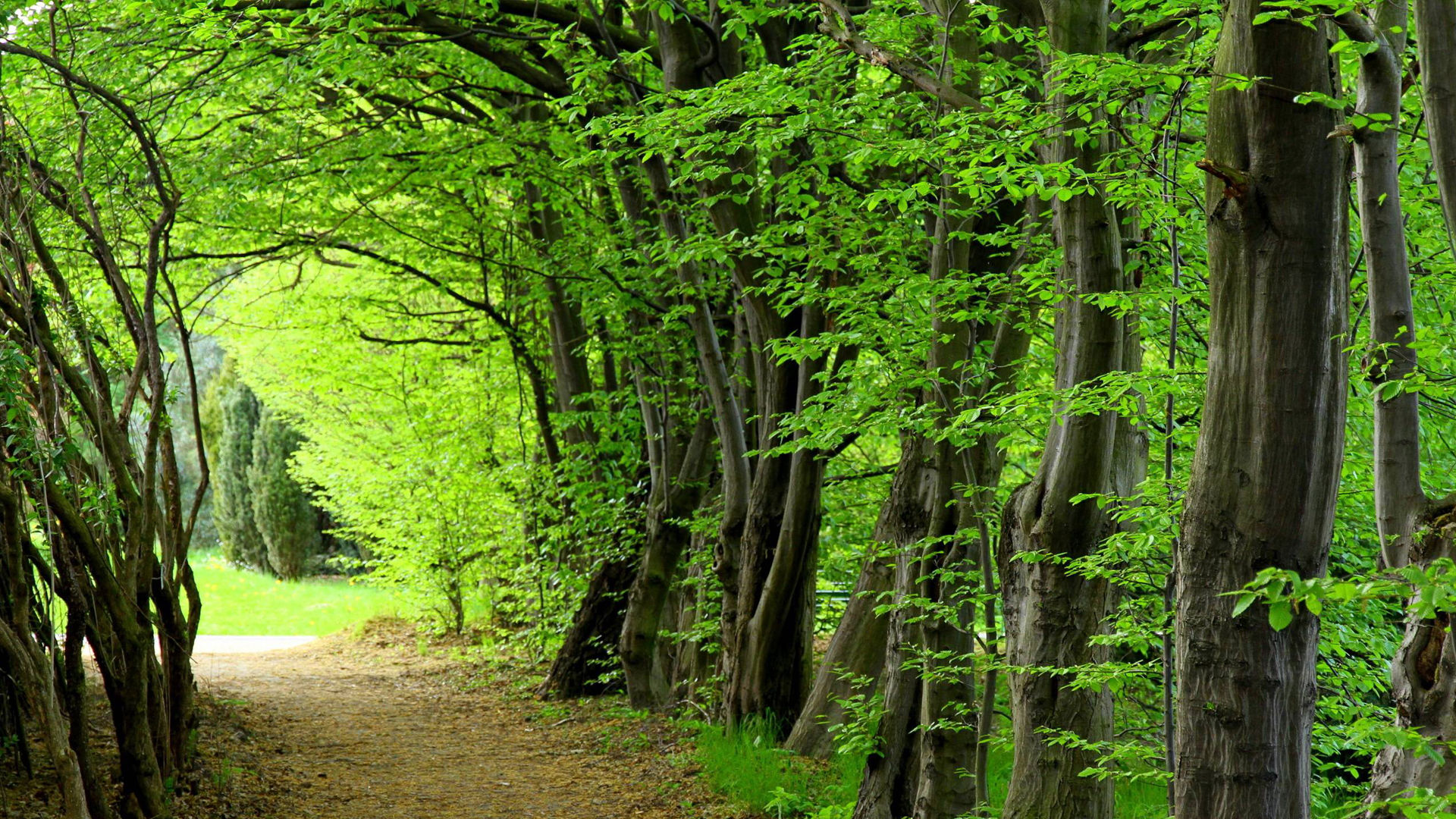 Forest ecology is the scientific study of the interrelated patterns, processes, flora, fauna and ecosystems in forests. The management of forests is known as forestry, silviculture, and forest management. A forest ecosystem is a natural woodland unit consisting of all plants, animals and micro-organisms (Biotic components) in that area functioning together with all of the non-living physical (abiotic) factors of the environment. The forest ecosystem is very important.

Forests account for 75% of the gross primary productivity of the Earth’s biosphere, and contain 80% of the Earth’s plant biomass. Forest ecosystems can be found in all regions capable of sustaining tree growth, at altitudes up to the tree line, except where natural fire frequency or other disturbance is too high, or where the environment has been altered by human activity.

The latitudes 10° north and south of the equator are mostly covered in tropical rainforest, and the latitudes between 53°N and 67°N have boreal forest. As a general rule, forests dominated by angiosperms (broadleaf forests) are more species-rich than those dominated by gymnosperms (conifer, montane, or needleleaf forests), although exceptions exist.

Forests sometimes contain many tree species within a small area (as in tropical rain and temperate deciduous forests), or relatively few species over large areas (e.g., taiga and arid montane coniferous forests). Forests are often home to many animal and plant species, and biomass per unit area is high compared to other vegetation communities. Much of this biomass occurs below ground in the root systems and as partially decomposed plant detritus. The woody component of a forest contains lignin, which is relatively slow to decompose compared with other organic materials such as cellulose or carbohydrate.

A forest consists of many components that can be broadly divided into two categories that are biotic (living) and abiotic (non-living) components. The living parts include trees, shrubs, vines, grasses and other herbaceous (non-woody) plants, mosses, algae, fungi, insects, mammals, birds, reptiles, amphibians, and microorganisms living on the plants and animals and in the soil.

A forest is made up of many layers. The main layers of all forest types are the forest floor, the understory and the canopy. The emergent layer exists in tropical rainforests. Each layer has a different set of plants and animals depending upon the availability of sunlight, moisture and food.

Forest floor contains decomposing leaves, animal droppings, and dead trees. Decay on the forest floor forms new soil and provides nutrients to the plants. The forest floor supports ferns, grasses, mushroom and tree seedlings.
Understory is made up of bushes, shrubs, and young trees that are adapted to living in the shades of the canopy.

Canopy is formed by the mass of intertwined branches, twigs and leaves of the mature trees. The crowns of the dominant trees receive most of the sunlight. This is the most productive part of the trees where maximum food is produced. The canopy forms a shady, protective “umbrella” over the rest of the forest.
Emergent layer exists in the tropical rain forest and is composed of a few scattered trees that tower over the canopy.

Forests can be classified in different ways and to different degrees of specificity. One such way is in terms of the biome in which they exist, combined with leaf longevity of the dominant species (whether they are evergreen or deciduous). Another distinction is whether the forests are composed predominantly of broadleaf trees, coniferous (needle-leaved) trees, or mixed.

The number of trees in the world, according to a 2015 estimate, is 3 trillion, of which 1.4 trillion are in the tropics or sub-tropics, 0.6 trillion in the temperate zones, and 0.7 trillion in the coniferous boreal forests. The estimate is about eight times higher than previous estimates, and is based on tree densities measured on over 400,000 plots. It remains subject to a wide margin of error, not least because the samples are mainly from Europe and North America.

Forests can also be classified according to the amount of human alteration. Old-growth forest contains mainly natural patterns of biodiversity in established seral patterns, and they contain mainly species native to the region and habitat. In contrast, secondary forest is regrowing forest following timber harvest and may contain species originally from other regions or habitats.

Different global forest classification systems have been proposed, but none has gained universal acceptance. UNEP-WCMC’s forest category classification system is a simplification of other more complex systems (e.g. UNESCO’s forest and woodland ‘subformations’). This system divides the world’s forests into 26 major types, which reflect climatic zones as well as the principal types of trees. These 26 major types can be reclassified into 6 broader categories: temperate needleleaf; temperate broadleaf and mixed; tropical moist; tropical dry; sparse trees and parkland; and forest plantations. Each category is described as a separate section below.

Temperate needleleaf forests mostly occupy the higher latitude regions of the Northern Hemisphere, as well as high altitude zones and some warm temperate areas, especially on nutrient-poor or otherwise unfavourable soils. These forests are composed entirely, or nearly so, of coniferous species (Coniferophyta). In the Northern Hemisphere pines Pinus, spruces Picea, larches Larix, firs Abies, Douglas firs Pseudotsuga and hemlocks Tsuga, make up the canopy, but other taxa are also important. In the Southern Hemisphere, most coniferous trees (members of the Araucariaceae and Podocarpaceae) occur in mixtures with broadleaf species, and are classed as broadleaf and mixed forests.

Temperate broadleaf and mixed forests include a substantial component of trees in the Anthophyta. They are generally characteristic of the warmer temperate latitudes, but extend to cool temperate ones, particularly in the southern hemisphere. They include such forest types as the mixed deciduous forests of the United States and their counterparts in China and Japan, the broadleaf evergreen rainforests of Japan, Chile and Tasmania, the sclerophyllous forests of Australia, central Chile, the Mediterranean and California, and the southern beech Nothofagus forests of Chile and New Zealand.

There are many different types of tropical moist forests, with lowland evergreen broad leaf tropical rainforests, for example várzea and igapó forests and the terra firma forests of the Amazon Basin; the peat swamp forests, dipterocarp forests of Southeast Asia; and the high forests of the Congo Basin. Seasonal tropical forests, perhaps the best description for the colloquial term “jungle”, typically range from the rainforest zone 10 degrees north or south of the equator, to the Tropic of Cancer and Tropic of Capricorn. Forests located on mountains are also included in this category, divided largely into upper and lower montane formations on the basis of the variation of physiognomy corresponding to changes in altitude.

Tropical dry forests are characteristic of areas in the tropics affected by seasonal drought. The seasonality of rainfall is usually reflected in the deciduousness of the forest canopy, with most trees being leafless for several months of the year. However, under some conditions, e.g. less fertile soils or less predictable drought regimes, the proportion of evergreen species increases and the forests are characterised as “sclerophyllous”. Thorn forest, a dense forest of low stature with a high frequency of thorny or spiny species, is found where drought is prolonged, and especially where grazing animals are plentiful. On very poor soils, and especially where fire or herbivory are recurrent phenomena, savannas develop.

Sparse trees and savanna are forests with lower canopy cover of trees. They occur principally in areas of transition from forested to non-forested landscapes. The two major zones in which these ecosystems occur are in the boreal region and in the seasonally dry tropics. At high latitudes, north of the main zone of boreal forest, growing conditions are not adequate to maintain a continuous closed forest cover, so tree cover is both sparse and discontinuous. This vegetation is variously called open taiga, open lichen woodland, and forest tundra. A savanna is a mixed woodland grassland ecosystem characterized by the trees being sufficiently widely spaced so that the canopy does not close. The open canopy allows sufficient light to reach the ground to support an unbroken herbaceous layer consisting primarily of grasses. Savannas maintain an open canopy despite a high tree density.

Forest plantations are generally intended for the production of timber and pulpwood. Commonly mono-specific and/or composed of introduced tree species, these ecosystems are not generally important as habitat for native biodiversity. However, they can be managed in ways that enhance their biodiversity protection functions and they can provide ecosystem services such as maintaining nutrient capital, protecting watersheds and soil structure, and storing carbon.