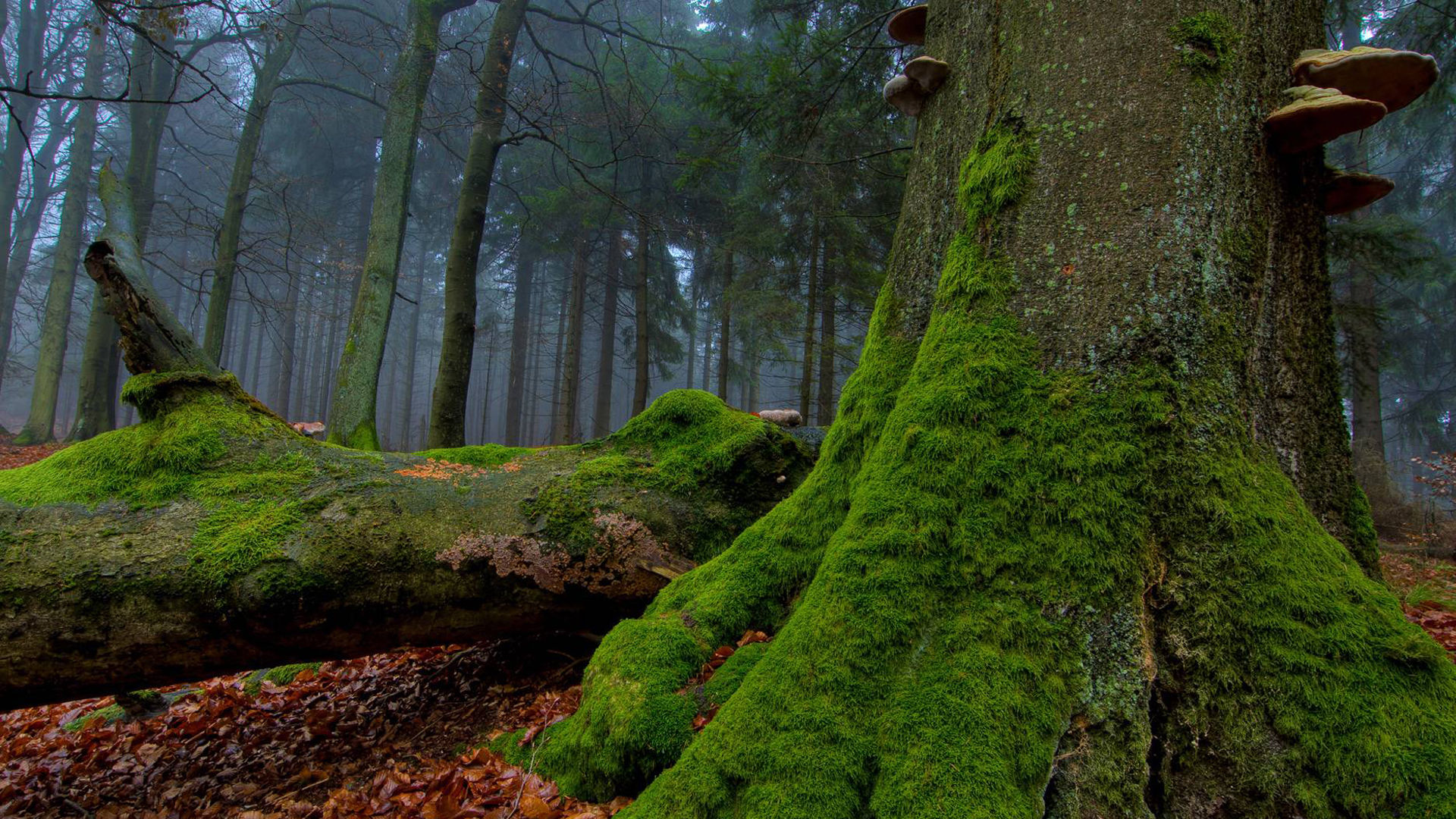 A forest is a large area dominated by trees. Hundreds of more precise definitions of forest are used throughout the world, incorporating factors such as tree density, tree height, land use, legal standing and ecological function. According to the widely used Food and Agriculture Organization definition, forests covered 4 billion hectares (9.9×109 acres) (15 million square miles) or approximately 30 percent of the world’s land area in 2006.

Forests are the dominant terrestrial ecosystem of Earth, and are distributed around the globe. Forests account for 75% of the gross primary production of the Earth’s biosphere, and contain 80% of the Earth’s plant biomass. Net primary production is estimated at 21.9 gigatonnes carbon per year for tropical forests, 8.1 for temperate forests, and 2.6 for boreal forests.

Although forest is a term of common parlance, there is no universally recognised precise definition, with more than 800 definitions of forest used around the world. Although a forest is usually defined by the presence of trees, under many definitions an area completely lacking trees may still be considered a forest if it grew trees in the past, will grow trees in the future, or was legally designated as a forest regardless of vegetation type.

There are three broad categories of forest definitions in use: administrative, land use, and land cover. Administrative definitions are based primarily upon the legal designations of land, and commonly bear little relationship to the vegetation growing on the land: land that is legally designated as a forest is defined as a forest even if no trees are growing on it. Land use definitions are based upon the primary purpose that the land serves. For example, a forest may be defined as any land that is used primarily for production of timber. Under such a land use definition, cleared roads or infrastructure within an area used for forestry, or areas within the region that have been cleared by harvesting, disease or fire are still considered forests even if they contain no trees. Land cover definitions define forests based upon the type and density of vegetation growing on the land. Such definitions typically define a forest as an area growing trees above some threshold. These thresholds are typically the number of trees per area (density), the area of ground under the tree canopy (canopy cover) or the section of land that is occupied by the cross-section of tree trunks (basal area). Under such land cover definitions, an area of land can only be known as forest if it is growing trees. Areas that fail to meet the land cover definition may be still included under while immature trees are establishing if they are expected to meet the definition at maturity.

Under land use definitions, there is considerable variation on where the cutoff points are between a forest, woodland, and savanna. Under some definitions, forests require very high levels of tree canopy cover, from 60% to 100%, excluding savannas and woodlands in which trees have a lower canopy cover. Other definitions consider savannas to be a type of forest, and include all areas with tree canopies over 10%.

Some areas covered with trees are legally defined as agricultural areas, e.g. Norway spruce plantations in Austrian forest law when the trees are being grown as Christmas trees and below a certain height.