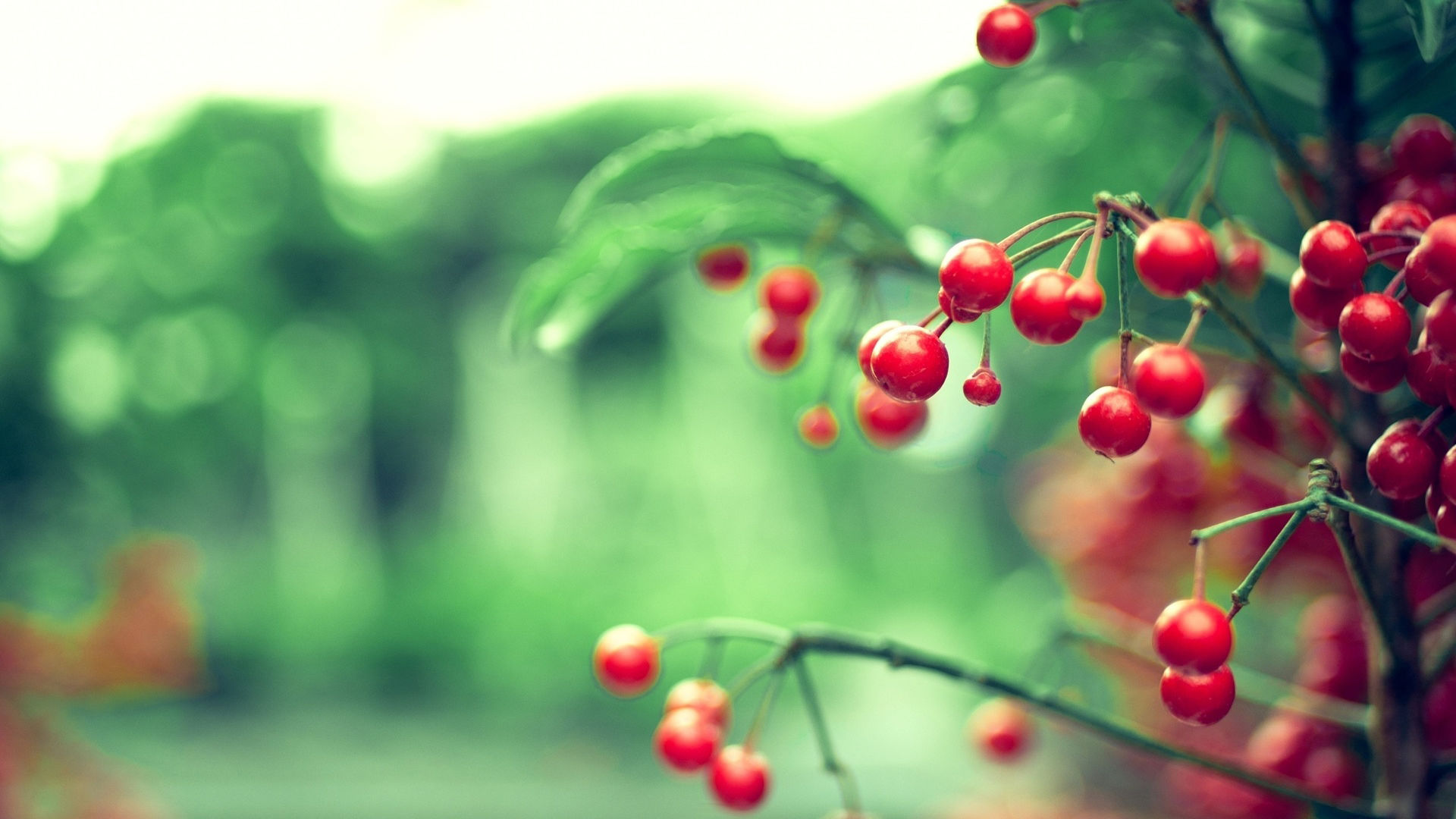 Human uses of plants include both practical uses, such as for food, clothing, and medicine, and symbolic uses, such as in art, mythology and literature. The reliable provision of food through agriculture is the basis of civilization. The study of plant uses by native peoples is ethnobotany, while economic botany focuses on modern cultivated plants. Plants are used in medicine, providing many drugs from the earliest times to the present, and as the feedstock for many industrial products including timber and paper as well as a wide range of chemicals. Plants give millions of people pleasure through gardening.

In art, mythology, religion, literature and film, plants play important roles, symbolising themes such as fertility, growth, purity, and rebirth. In architecture and the decorative arts, plants provide many themes, such as Islamic arabesques and the acanthus forms carved on to classical Corinthian order column capitals.

The study of plant uses by people is called economic botany or ethnobotany. Human cultivation of plants is part of agriculture, which is the basis of human civilization. Plant agriculture is subdivided into agronomy, horticulture and forestry.

Humans depend on plants for food, either directly or as feed for domestic animals. Agriculture deals with the production of food crops, and has played a key role in the history of world civilizations. Agriculture includes agronomy for arable crops, horticulture for vegetables and fruit, and forestry for timber. About 7,000 species of plant have been used for food, though most of today’s food is derived from only 30 species. The major staples include cereals such as rice and wheat, starchy roots and tubers such as cassava and potato, and legumes such as peas and beans. Vegetable oils such as olive oil provide lipids, while fruit and vegetables contribute vitamins and minerals to the diet.

Medicinal plants are a primary source of organic compounds, both for their medicinal and physiological effects, and for the industrial synthesis of a vast array of organic chemicals. Many hundreds of medicines are derived from plants, both traditional medicines used in herbalism and chemical substances purified from plants or first identified in them, sometimes by ethnobotanical search, and then synthesised for use in modern medicine. Modern medicines derived from plants include aspirin, taxol, morphine, quinine, reserpine, colchicine, digitalis and vincristine. Plants used in herbalism include ginkgo, echinacea, feverfew, and Saint John’s wort. The pharmacopoeia of Dioscorides, De Materia Medica, describing some 600 medicinal plants, was written between 50 and 70 AD and remained in use in Europe and the Middle East until around 1600 AD; it was the precursor of all modern pharmacopoeias.

Plants grown as industrial crops are the source of a wide range of products used in manufacturing, sometimes so intensively as to risk harm to the environment. Nonfood products include essential oils, natural dyes, pigments, waxes, resins, tannins, alkaloids, amber and cork. Products derived from plants include soaps, shampoos, perfumes, cosmetics, paint, varnish, turpentine, rubber, latex, lubricants, linoleum, plastics, inks, and gums. Renewable fuels from plants include firewood, peat and other biofuels. The fossil fuels coal, petroleum and natural gas are derived from the remains of aquatic organisms including phytoplankton in geological time.

Structural resources and fibres from plants are used to construct dwellings and to manufacture clothing. Wood is used not only for buildings, boats, and furniture, but also for smaller items such as musical instruments and sports equipment. Wood is pulped to make paper and cardboard. Cloth is often made from cotton, flax, ramie or synthetic fibres such as rayon and acetate derived from plant cellulose. Thread used to sew cloth likewise comes in large part from cotton.

Thousands of plant species are cultivated for aesthetic purposes as well as to provide shade, modify temperatures, reduce wind, abate noise, provide privacy, and prevent soil erosion. Plants are the basis of a multibillion-dollar per year tourism industry, which includes travel to historic gardens, national parks, rainforests, forests with colorful autumn leaves, and festivals such as Japan’s and America’s cherry blossom festivals.

While some gardens are planted with food crops, many are planted for aesthetic, ornamental, or conservation purposes. Arboretums and botanical gardens are public collections of living plants. In private outdoor gardens, lawn grasses, shade trees, ornamental trees, shrubs, vines, herbaceous perennials and bedding plants are used. Gardens may cultivate the plants in a naturalistic state, or may sculpture their growth, as with topiary or espalier. Gardening is the most popular leisure activity in the U.S., and working with plants or horticulture therapy is beneficial for rehabilitating people with disabilities.

Plants may also be grown or kept indoors as houseplants, or in specialized buildings such as greenhouses that are designed for the care and cultivation of living plants. Venus Flytrap, sensitive plant and resurrection plant are examples of plants sold as novelties. There are also art forms specializing in the arrangement of cut or living plant, such as bonsai, ikebana, and the arrangement of cut or dried flowers. Ornamental plants have sometimes changed the course of history, as in tulipomania.

Architectural designs resembling plants appear in the capitals of Ancient Egyptian columns, which were carved to resemble either the Egyptian white lotus or the papyrus. Images of plants are often used in painting and photography, as well as on textiles, money, stamps, flags and coats of arms.

Basic biological research has often been done with plants. In genetics, the breeding of pea plants allowed Gregor Mendel to derive the basic laws governing inheritance, and examination of chromosomes in maize allowed Barbara McClintock to demonstrate their connection to inherited traits. The plant Arabidopsis thaliana is used in laboratories as a model organism to understand how genes control the growth and development of plant structures. NASA predicts that space stations or space colonies will one day rely on plants for life support.

Ancient trees are revered and many are famous. Tree rings themselves are an important method of dating in archeology, and serve as a record of past climates.

Plants figure prominently in mythology, religion and literature. They are used as national and state emblems, including state trees and state flowers. Plants are often used as memorials, gifts and to mark special occasions such as births, deaths, weddings and holidays. The arrangement of flowers may be used to send hidden messages.

Weeds are unwanted plants growing in managed environments such as farms, urban areas, gardens, lawns, and parks. People have spread plants beyond their native ranges and some of these introduced plants become invasive, damaging existing ecosystems by displacing native species, and sometimes becoming serious weeds of cultivation.

Plants may cause harm to animals, including people. Plants that produce windblown pollen invoke allergic reactions in people who suffer from hay fever. A wide variety of plants are poisonous. Toxalbumins are plant poisons fatal to most mammals and act as a serious deterrent to consumption. Several plants cause skin irritations when touched, such as poison ivy. Certain plants contain psychotropic chemicals, which are extracted and ingested or smoked, including nicotine from tobacco, cannabinoids from Cannabis sativa, cocaine from Erythroxylon coca and opium from opium poppy. Smoking causes damage to health or even death, while some drugs may also be harmful or fatal to people. Both illegal and legal drugs derived from plants may have negative effects on the economy, affecting worker productivity and law enforcement costs.