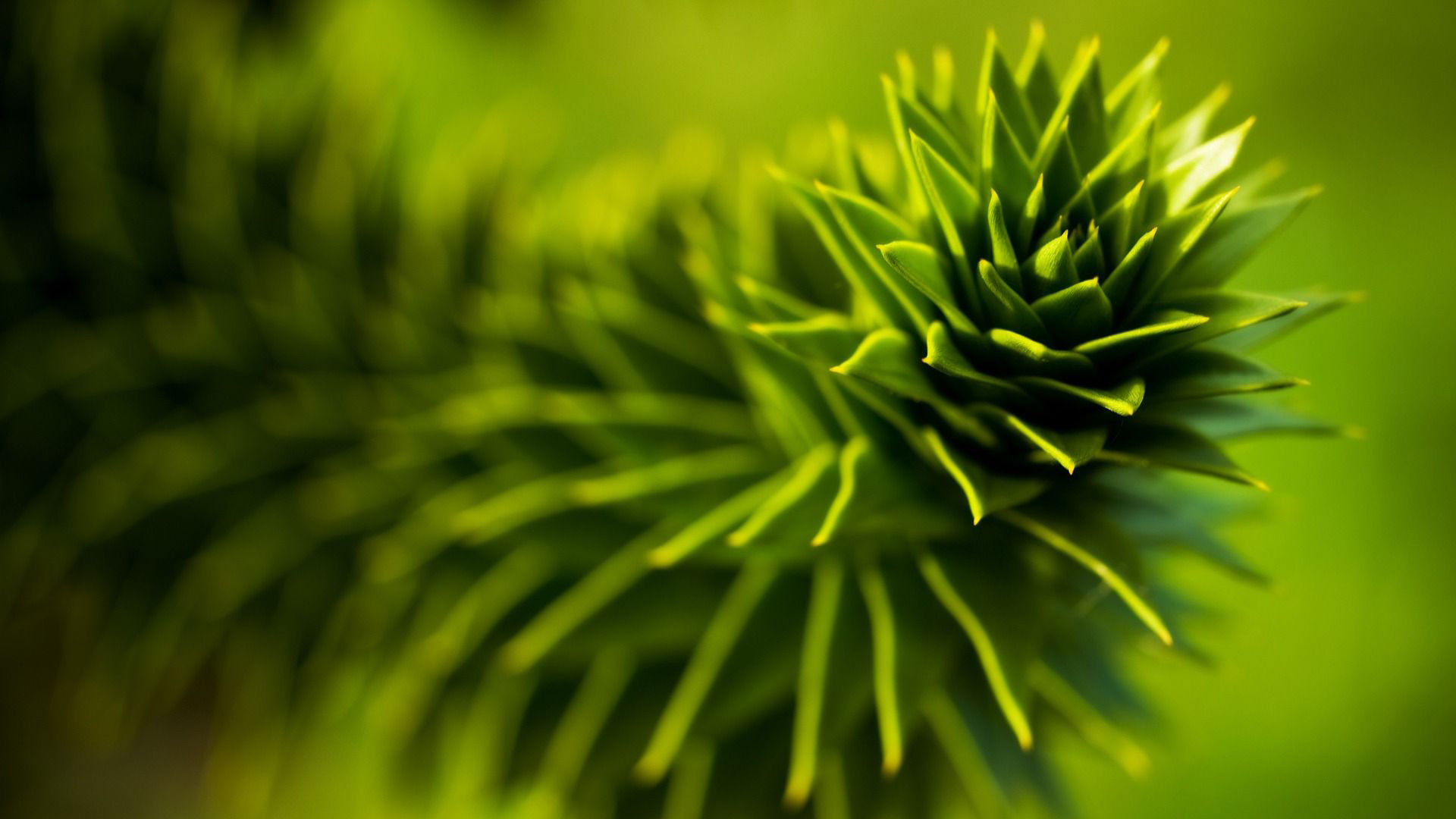 The table below shows some species count estimates of different green plant (Viridiplantae) divisions. It suggests there are about 300,000 species of living Viridiplantae, of which 85–90% are flowering plants. (Note: as these are from different sources and different dates, they are not necessarily comparable, and like all species counts, are subject to a degree of uncertainty in some cases.)

The evolution of plants has resulted in increasing levels of complexity, from the earliest algal mats, through bryophytes, lycopods, ferns to the complex gymnosperms and angiosperms of today. Plants in all of these groups continue to thrive, especially in the environments in which they evolved.

An algal scum formed on the land 1,200 million years ago, but it was not until the Ordovician Period, around 450 million years ago, that land plants appeared. However, new evidence from the study of carbon isotope ratios in Precambrian rocks has suggested that complex photosynthetic plants developed on the earth over 1000 m.y.a. For more than a century it has been assumed that the ancestors of land plants evolved in aquatic environments and then adapted to a life on land, an idea usually credited to botanist Frederick Orpen Bower in his 1908 book “The Origin of a Land Flora”. A recent alternative view, supported by genetic evidence, is that they evolved from terrestrial single-celled algae, and that even the common ancestor of red and green algae, and the unicellular freshwater algae glaucophytes, originated in a terrestrial environment in freshwater biofilms or microbial mats. Primitive land plants began to diversify in the late Silurian Period, around 420 million years ago, and the results of their diversification are displayed in remarkable detail in an early Devonian fossil assemblage from the Rhynie chert. This chert preserved early plants in cellular detail, petrified in volcanic springs. By the middle of the Devonian Period most of the features recognised in plants today are present, including roots, leaves and secondary wood, and by late Devonian times seeds had evolved. Late Devonian plants had thereby reached a degree of sophistication that allowed them to form forests of tall trees. Evolutionary innovation continued in the Carboniferous and later geological periods and is ongoing today. Most plant groups were relatively unscathed by the Permo-Triassic extinction event, although the structures of communities changed. This may have set the scene for the evolution of flowering plants in the Triassic (~200 million years ago), which exploded in the Cretaceous and Tertiary. The latest major group of plants to evolve were the grasses, which became important in the mid Tertiary, from around 40 million years ago. The grasses, as well as many other groups, evolved new mechanisms of metabolism to survive the low CO2 and warm, dry conditions of the tropics over the last 10 million years.

The plants that are likely most familiar to us are the multicellular land plants, called embryophytes. Embryophytes include the vascular plants, such as ferns, conifers and flowering plants. They also include the bryophytes, of which mosses and liverworts are the most common.

All of these plants have eukaryotic cells with cell walls composed of cellulose, and most obtain their energy through photosynthesis, using light, water and carbon dioxide to synthesize food. About three hundred plant species do not photosynthesize but are parasites on other species of photosynthetic plants. Embryophytes are distinguished from green algae, which represent a mode of photosynthetic life similar to the kind modern plants are believed to have evolved from, by having specialized reproductive organs protected by non-reproductive tissues.

Bryophytes first appeared during the early Paleozoic. They mainly live in habitats where moisture is available for significant periods, although some species, such as Targionia, are desiccation-tolerant. Most species of bryophytes remain small throughout their life-cycle. This involves an alternation between two generations: a haploid stage, called the gametophyte, and a diploid stage, called the sporophyte. In bryophytes, the sporophyte is always unbranched and remains nutritionally dependent on its parent gametophyte. The embryophytes have the ability to secrete a cuticle on their outer surface, a waxy layer that confers resistant to desiccation. In the mosses and hornworts a cuticle is usually only produced on the sporophyte. Stomata are absent from liverworts, but occur on the sporangia of mosses and hornworts, allowing gas exchange.

Vascular plants first appeared during the Silurian period, and by the Devonian had diversified and spread into many different terrestrial environments. They developed a number of adaptations that allowed them to spread into increasingly more arid places, notably the vascular tissues xylem and phloem, that transport water and food throughout the organism. Root systems capable of obtaining soil water and nutrients also evolved during the Devonian. In modern vascular plants, the sporophyte is typically large, branched, nutritionally independent and long-lived, but there is increasing evidence that Paleozoic gametophytes were just as complex as the sporophytes. The gametophytes of all vascular plant groups evolved to become reduced in size and prominence in the life cycle.

In seed plants, the microgametophyte is reduced from a multicellular free-living organism to a few cells in a pollen grain and the miniaturised megagametophyte remains inside the megasporangium, attached to and dependent on the parent plant. A megasporangium enclosed in a protective layer called an integument is known as an ovule. After fertilisation by means of sperm produced by pollen grains, an embryo sporophyte develops inside the ovule. The integument becomes a seed coat, and the ovule develops into a seed. Seed plants can survive and reproduce in extremely arid conditions, because they are not dependent on free water for the movement of sperm, or the development of free living gametophytes.

The first seed plants, pteridosperms (seed ferns), now extinct, appeared in the Devonian and diversified through the Carboniferous. They were the ancestors of modern gymnosperms, of which four surviving groups are widespread today, particularly the conifers, which are dominant trees in several biomes. The name gymnosperm comes from the Greek composite word γυμνόσπερμος (γυμνός gymnos, “naked” and σπέρμα sperma, “seed”), as the ovules and subsequent seeds are not enclosed in a protective structure (carpels or fruit), but are borne naked, typically on cone scales.

Plant fossils include roots, wood, leaves, seeds, fruit, pollen, spores, phytoliths, and amber (the fossilized resin produced by some plants). Fossil land plants are recorded in terrestrial, lacustrine, fluvial and nearshore marine sediments. Pollen, spores and algae (dinoflagellates and acritarchs) are used for dating sedimentary rock sequences. The remains of fossil plants are not as common as fossil animals, although plant fossils are locally abundant in many regions worldwide.

The earliest fossils clearly assignable to Kingdom Plantae are fossil green algae from the Cambrian. These fossils resemble calcified multicellular members of the Dasycladales. Earlier Precambrian fossils are known that resemble single-cell green algae, but definitive identity with that group of algae is uncertain.

The earliest fossils attributed to green algae date from the Precambrian (ca. 1200 mya). The resistant outer walls of prasinophyte cysts (known as phycomata) are well preserved in fossil deposits of the Paleozoic (ca. 250–540 mya). A filamentous fossil (Proterocladus) from middle Neoproterozoic deposits (ca. 750 mya) has been attributed to the Cladophorales, while the oldest reliable records of the Bryopsidales, Dasycladales) and stoneworts are from the Paleozoic.

The oldest known fossils of embryophytes date from the Ordovician, though such fossils are fragmentary. By the Silurian, fossils of whole plants are preserved, including the simple vascular plant Cooksonia in mid-Silurian and the much larger and more complex lycophyte Baragwanathia longifolia in late Silurian. From the early Devonian Rhynie chert, detailed fossils of lycophytes and rhyniophytes have been found that show details of the individual cells within the plant organs and the symbiotic association of these plants with fungi of the order Glomales. The Devonian period also saw the evolution of leaves and roots, and the first modern tree, Archaeopteris. This tree with fern-like foliage and a trunk with conifer-like wood was heterosporous producing spores of two different sizes, an early step in the evolution of seeds.

The Coal measures are a major source of Paleozoic plant fossils, with many groups of plants in existence at this time. The spoil heaps of coal mines are the best places to collect; coal itself is the remains of fossilised plants, though structural detail of the plant fossils is rarely visible in coal. In the Fossil Grove at Victoria Park in Glasgow, Scotland, the stumps of Lepidodendron trees are found in their original growth positions.

The fossilized remains of conifer and angiosperm roots, stems and branches may be locally abundant in lake and inshore sedimentary rocks from the Mesozoic and Cenozoic eras. Sequoia and its allies, magnolia, oak, and palms are often found.

Petrified wood is common in some parts of the world, and is most frequently found in arid or desert areas where it is more readily exposed by erosion. Petrified wood is often heavily silicified (the organic material replaced by silicon dioxide), and the impregnated tissue is often preserved in fine detail. Such specimens may be cut and polished using lapidary equipment. Fossil forests of petrified wood have been found in all continents.

Fossils of seed ferns such as Glossopteris are widely distributed throughout several continents of the Southern Hemisphere, a fact that gave support to Alfred Wegener’s early ideas regarding Continental drift theory.