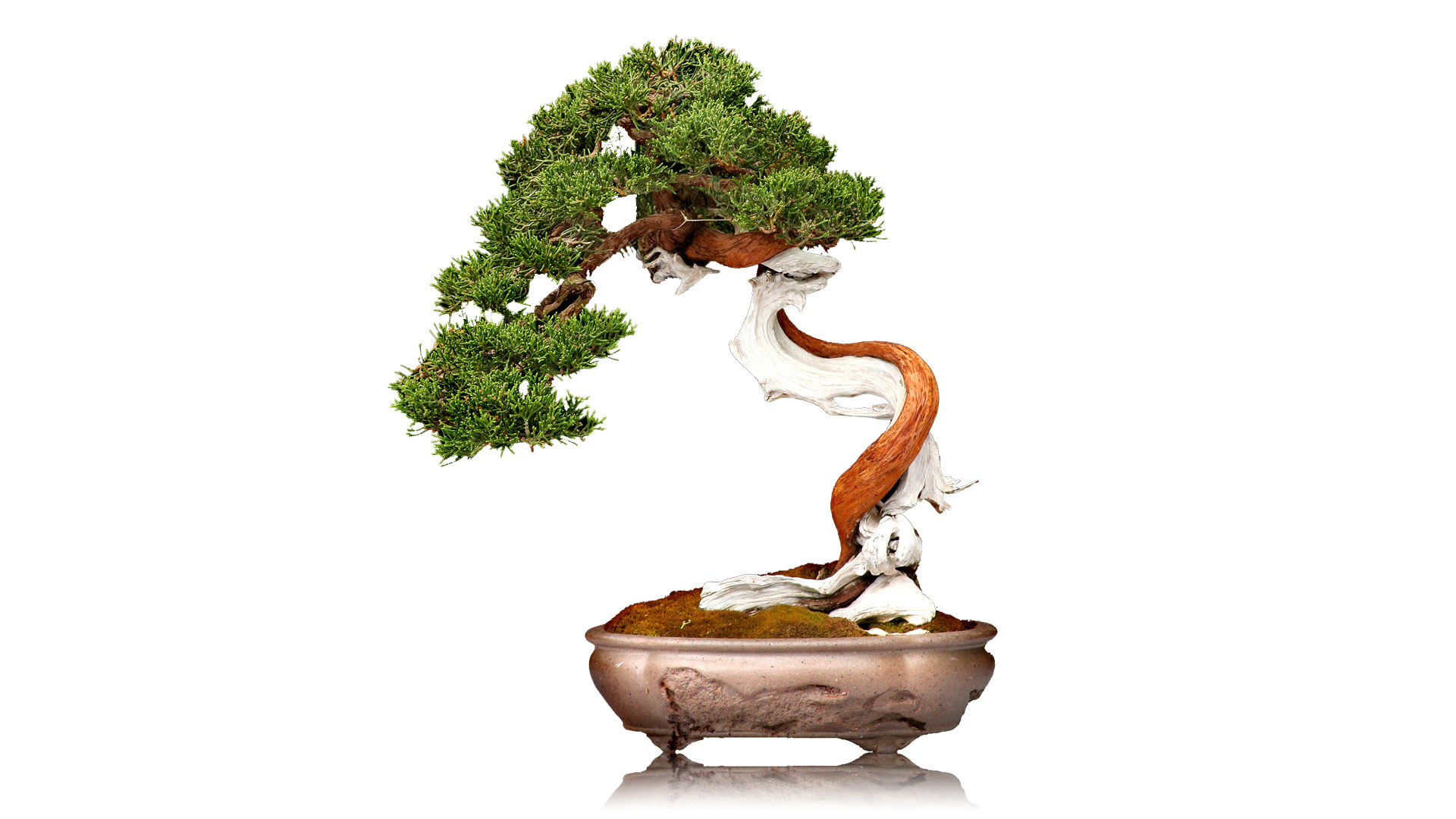 The Japanese tradition describes bonsai tree designs using a set of commonly understood, named styles. The most common bonsai styles include formal upright, informal upright, slanting, semi-cascade, cascade, raft, literati, and group/forest. Less common forms include windswept, weeping, split-trunk, and driftwood styles. These terms are not mutually exclusive, and a single bonsai specimen can exhibit more than one style characteristic. When a bonsai specimen falls into multiple style categories, the common practice is to describe it by the dominant or most striking characteristic.

A frequently used set of styles describes the orientation of the bonsai tree’s main trunk. Different terms are used for a tree with its apex directly over the center of the trunk’s entry into the soil, slightly to the side of that center, deeply inclined to one side, and inclined below the point at which the trunk of the bonsai enters the soil.

A number of styles describe the trunk shape and bark finish. For example, the deadwood bonsai styles identify trees with prominent dead branches or trunk scarring.

Although most bonsai trees are planted directly into the soil, there are styles describing trees planted on rock.

While the majority of bonsai specimens feature a single tree, there are well-established style categories for specimens with multiple trunks.

A few styles do not fit into the preceding categories. These include: